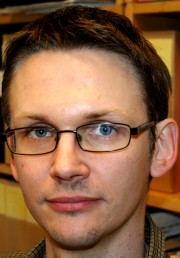 Hans Agné is Associate Professor in Political Science at the Department of Political Science at Stockholm Uiversity. His research interest includes democracy beyond the state, transnational actors in global governance, and the founding of legitimate states by external powers.

“Many of my research interests connect to democracy in one way or the other. I am interested in the meaning, the value, the boundaries, the institutions, and the causes and effects of democracy, in particular but not exclusively beyond the state and in contexts where the role or power of states is changing.  I have pursued research on these topics in the fields of political theory, comparative politics, international relations and international political economy. Some extensions of my central research interests include European politics, e.g. enlargement, constitutional, and monetary and fiscal politics. Other extensions, or specifications, of my core interest include civil society actors in global governance, promotion of democracy through foreign interventions, theories and politics of international recognition, emotions in international politics, problem solving capacities of international institutions, in particular regarding food security and peace and war.”

-The Founding of Legitimate States: The Problem of External Constituent Powers, Funded by the Swedish Research Council.
-Democracy Beyond the Nation State? Transnational Actors and Global Governance (led by Christer Jönsson, Lund University), funded by the Bank of Sweden Tercentenary Foundation.
-The Design of International Institutions: Legitimacy, Effectiveness, and Distribution in Global Governance (led by Jonas Tallberg, Stockholm University), funded by the European Research Council.