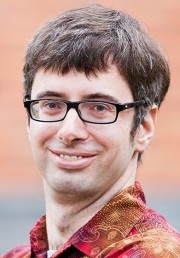 Senior Lecturer at the Department of Mathematics at Stockholm University

My interest in mathematical modelling of infectious diseases started during my master studies in Utrecht, where I took a course on this subject given by Odo Diekmann and Hans Heesterbeek, the authors of one of the standard textbooks on the subject. I got the opportunity to pursue a PhD with Hans Heesterbeek and Ronald Meester, a professor in probability theory, to further develop stochastic models for the spread of epidemics.

Initially my research was focused on understanding the spread of infectious animal diseases, especially Classical Swine Fever and Avian Influenza, of which The Netherlands had seen recent outbreaks. During my PhD studies, my research developed toward more theoretical questions about the influence of population structure on the spread of epidemics.

During a post-doctoral period at the Academic Hospital in Utrecht, I became more and more interested in the spread of antibiotic resistant bacteria such as MRSA and in reliable models for the spread of sexually transmitted diseases. In the meantime, I never lost interest in the diseases which hit the news, such as SARS, the 2009 influenza epidemic, Measles and the present Ebola outbreak.