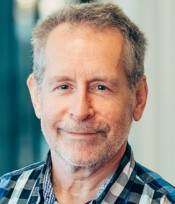 Professor of Computer Science at the Department of Computer and Systems Sciences, Stockholm University

“My research interests are methods for sharing and utilizing context from sensor and user information in heterogeneous networks, to enable adaptive and immersive mobile services.” Theo Kanter, Professor of Computer Science at the Department of Computer and Systems Sciences, Stockholm University.

During his career, Theo has held a number of leading positions in telecommunications research, earlier at Ellemtel AB, Sweden (1996-1999). Between 1999 and 2007, Theo was a senior scientist at Ericsson Research in the area of Service Layer Technologies. During this period, Theo was also affiliated as guest researcher with the Wireless Center at the KTH Royal Institute of Technology in Stockholm.

Between 2007 and 2012, Theo held the position of full Professor of Computer Science in the area of Distributed Systems within the Department of Information Technology and Media at the Mid Sweden University and responsible for Computer Engineering research. Theo is currently a professor in sensor-based services at the Department of Computer and System Sciences (DSV) within Stockholm University and Director of the ACT unit focused on Immersive Participation as well as Internet of Things & Cloud Services, Software Engineering and Game Development, and Director of IoT & Cloud Applications within eGovLab.

Kanter is an associate editor of IEEE Computer Communications magazine, and technical committee member / (co-)organizer of many well-known international conferences on wireless & mobile computing and applications, such as MWCN, LANMAN, Mobilware, MonAmi, VTC.